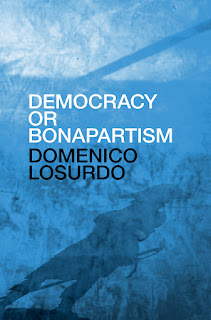 How democracy became a form of soft authoritarian rule

The history of the advent of universal suffrage is a fraught one. As late as the mid-twentieth century, it was still impeded by forms of censitary, racial and sexual discrimination, which proved especially stubborn in countries with the most rooted liberal traditions. Moreover, no sooner had universal suffrage been achieved that it was subject to internal depletion that reduced the exercise of political rights to the acclamation of a leader vested with very wide powers.

In and through a complex historical process, Bonapartism has assumed its current “soft” form, involving orderly competition and succession and resorting to the iron fist only in emergency situations. The electoral system most conducive to this regime seems to be one involving single-member constituencies. Cutting out organized parties with programmes and, courtesy also of the concentration of the mass media, depriving the subaltern classes of any political expression, it reduces “democracy” to a contest between competing leaders, who are the exclusive interpreters of local realities or interests, over and above which towers the figure of the nation’s charismatic leader. The United States represents the primary country-laboratory of the “soft Bonapartism” that has also emerged in Italy, and which seems set to become the political regime of our time.