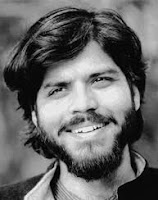 La pagina web del Guardian sul Book of the year 2011
In 15th-century Benares, the iconoclastic Indian poet Kabi inadvertently began one of the world's oldest literary collaborative projects. The poems attributed to him have been enriched by the renderings of Ezra Pound and Czesław Miłosz as well as those of Rajasthan's bard singers. A stylishly contemporary contribution to this work-in-progress is Songs of Kabir, the translations by the poet and essayist Arvind Krishna Mehrotra (NYRB Classics). Yu Hua's China in Ten Words (Pantheon) offers something very rare: a boldly ironic, even caustic, perspective on Chinese society by a literary novelist still resident in China and privy to its innermost everyday tensions. Liberalism: A Counter-History by Domenico Losurdo (Verso) stimulatingly uncovers the contradictions of an ideology that is much too self-righteously invoked. I also enjoyed Aravind Adiga's novel Last Man in Tower (Atlantic) and Gyan Prakash's essay Mumbai Fables (Princeton) – both books set in Mumbai and exceptionally alert to the exuberance and malignity of the city's gangsterish capitalism.
About Pankaj Mishra

Pankaj Mishra was born in North India in 1969. He graduated with a Bachelor of Commerce from the Allahabad University before completing his MA in English Literature at the Jawaharlal Nehru University in New Delhi. He wrote his first novel when he was only seventeen years old, and two further novels followed, although none have been published.
In 1992, he moved to Mashobra, a Himalayan village, where he began to contribute literary essays and reviews to The Indian Review of Books, The India Magazine, and the newspaper The Pioneer. His first book was Butter Chicken in Ludhiana: Travels in Small Town India (1995), a travelogue which described the social and cultural changes in India in the new context of globalization. (Picador will publish a new and revised edition of Butter Chicken in Ludhiana in the UK and India in late 2006.) His novel The Romantics (2000) an ironic tale of people longing for fulfillment in cultures other than their own, was published in eleven European languages and won the Los Angles Times' Art Seidenbaum award for first fiction. His recent book An End to Suffering: The Buddha in the World (2004), a New York Times notable book, mixes memoir, history, and philosophy while attempting to explore the Buddha's relevance to contemporary times. His most recent book, Temptations of the West: How to be Modern in India, Pakistan and Beyond, describes Mishra's travels through Kashmir, Bollywood, Afghanistan, Tibet, Nepal, and other parts of South and Central Asia. Like his previous books, it was featured in the New York Times' 100 Best Books of the Year.
In 2005, Mishra published an anthology of writing on India titled India in Mind (Vintage). His writings have been anthologized in The Picador Book of Journeys (2000), The Vintage Book of Modern Indian Literature (2004), and Away: The Indian Writer as Expatriate (Penguin), among other titles. He has introduced new editions of Rudyard Kipling's Kim (Modern Library), E. M. Forster's A Passage to India (Penguin Classics), J. G. Farrell's The Siege of Krishnapur (NYRB Classics), Gandhi's The Story of My Experiments with Truth (Penguin)  and R. K. Narayan's The Ramayana (Penguin Classics). He has also introduced two volumes of V.S. Naipaul's essays, The Writer and the World and Literary Occasions.
Mishra writes literary and political essays for the New York Times, the New York Review of Books, The Guardian, and the New Statesman, among other American, British, and Indian publications. His work has also appeared in the London Review of Books, Times Literary Supplement, Financial Times, Washington Post, Boston Globe, Time, The Independent, Granta, The Nation, N+1, Poetry, Common Knowledge, Outlook, Travel & Leisure, The New Yorker, and Harper's.  He was a visiting professor at Wellesley College in 2001, 2004, and 2006. In 2004-2005 he received a fellowship at the Cullmen Center for Writers and Scholars, New York Public Library. He divides his time between London and India, and is presently working on a novel. He is represented by the literary agency Gillon Aitken Associates.
Pubblicato da Domenico Losurdo a 07:30

Dear professor Losurdo
Accept my congratulations, please.
That's the whole point of being a "lingua franca", I should add. Briefly, you must get published in English in order to get "a passage to India"...
Aah, and "an ironic tale of people longing for fulfillment in cultures other than their own"... Indeed, indeed... But instead of these dichotomies typical of these "globalised" days of ours, why not to remember the good "old" (certainly "aged", but not "vecchia", "velha") notion of inter-nationalism?
Saudações cordiais,
Lisboa, 27 Nov. 2011
João Carlos Graça