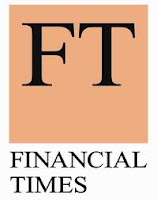 
Liberal has been a dirty word in US politics for some time. President Barack Obama can supply convincing answers to the two preposterous charges about his identity that he has faced recently. One, that he is not really an American, was dismissed by producing his birth certificate. The other, that he is a socialist, is more difficult. It could be exploded by declaring that he is self-evidently liberal in his political convictions. But we can be fairly confident that he will not be using the L-word, even though it claims a political pedigree stretching back to the founding fathers...
Leggi tutto

Book review: Liberalism: A counter-history by Domenico Losurdo
By GAVIN BOWD, 10 May 2011
LIBERALISM: A COUNTER-HISTORY, Domenico Losurdo, Verso, £20
'HOW is it," Samuel Johnson asked, "that we hear the loudest yelps for liberty from the drivers of negroes?"
Indeed, as Italian philosopher Domenico Losurdo shows, the leaders of the American Revolution and their liberal sympathisers across the At
ADVERTISEMENTlantic saw no incompatibility between representative democracy for white property-owners and enslavement of the blacks...
Leggi tutto
Pubblicato da Domenico Losurdo a 06:24